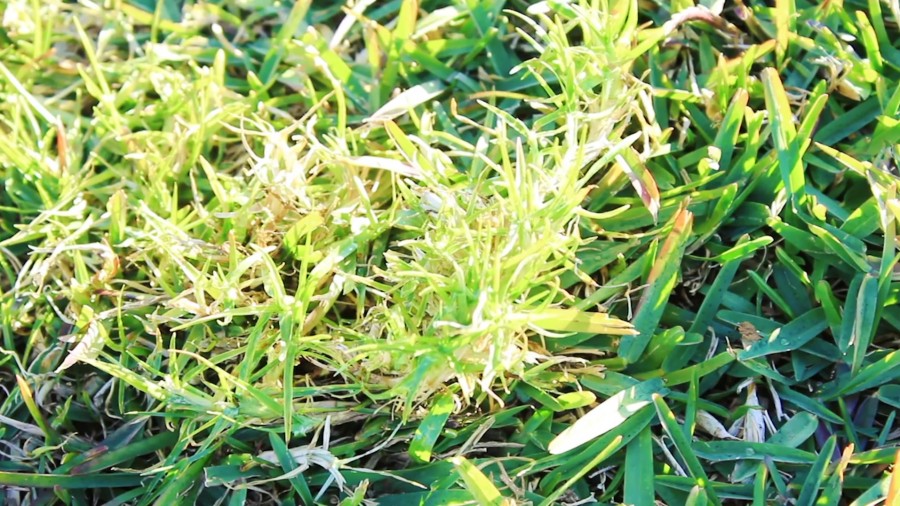 How to remove invasive turfgrass varieties from your lawn

Kikuyu and couch are the number one suspects when it comes to lawn invasion, they are fast growing and have fine seeds that can spread very easily. Kikuyu is more aggressive in nature than any other lawn variety so it’s potential to take over is very high. It spreads by both runners and by seed.

Invasion can occur a number of different ways:

Some lawns, like Sir Walter Buffalo, have a growth habit that will usually crowd out most weeds and unwanted grasses.  But occasionally these undesirables will invade, especially if your lawn hasn’t been well maintained. It’s important not to confuse your weeds with your grasses.  Weeds are generally soft round plants whereas unwanted grasses include things like paspalum, kikuyu and couch.

Pull it out by hand

If the invading area is only small the most effective way to remove an unwanted grass variety is to pull it out carefully by hand. You can chip them out with a mattock or a garden spade.

Spray with a non-selective herbicide

The only other way to remove kikuyu or couch from a buffalo, fescue, rye or bluegrass lawn is through the application of glyphosate (Round Up).

By using a small paint brush or weed wand carefully brush the leaves of the invading grass. Please be aware that glyphosate is a non-selective herbicide and be careful to only touch the invading turf variety and not your lawn, as it will die also if it comes into contact with the herbicide.

For a couch lawn that is suffering from an invasion of kikuyu, there are some selective herbicide options that will kikuyu but not the couch. There is a commercially available herbicide called Monument, which is used to eradicate Kikuyu from couch lawns. But it is not readily available and will require a licensed sprayer to apply it for you.